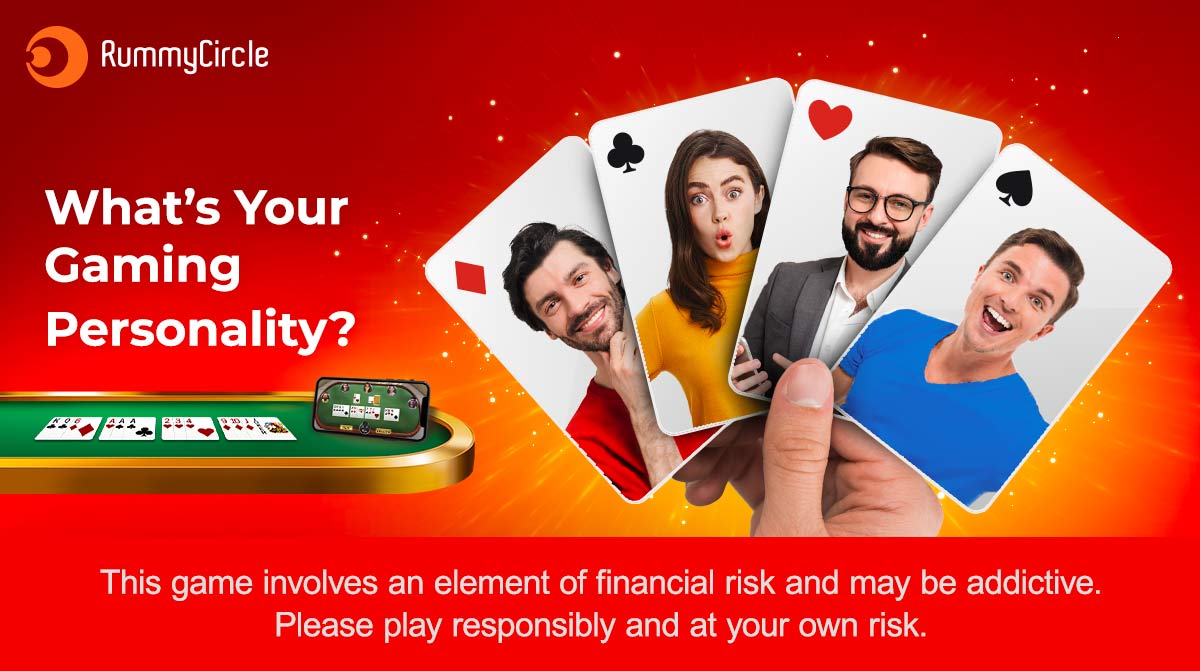 With so many options to choose from, the online gaming platforms try their best to make user experiences as seamless as possible. And a part of this effort is to recognize the audience and users that frequent these sites. Everyone enjoys different game genres and has their own unique objectives and likes and dislikes. Hence, the online rummy gaming sites must keep on their toes to recognize and cater to their user profiles.

There is a classic study from the 90s called Bartle’s Player Types that has become the gold standard for profiling gamers.

The 1996 study by Dr Richard Bartle was titled ‘Hearts, Clubs, Diamonds, Spades: Players Who Suit MUDS’. His report has become very popular among gaming developers to structure their content creation around gaming personalities.

He further classifies the players as Socializer, Explorer, Achiever, and Killer. Bartle says.

Achievers are interested in acting and their own world. They want to rack up points, climb levels, win trophies, etc. Their motivation is to outdo themselves. They want fast and furious results to the top to bask in the glory of being the best at their chosen game.

They are the ideal online gamers.

The Killers are interested in acting. They are very competitive and interested in testing their skills one to one with their opponents. It’s all about “defeating” the other person, climbing the ranks, and topping the leader board.

The Explorers are interested in everything happening around them. These are the ones who want to try out every option available on the gaming platform, be it single-player, multiplayer, tournaments, etc. These are the ones where platforms can test their beta versions and get an honest review. Explorers are interested in the whole process of the game. They like to discover all the hidden rewards and treasure troves.

The Socializers are interested in interacting with the other players. They are the actual community players who enjoy playing. They are playing rummy card game as entertainment and fun. These four categories can be further divided into challengers, casual gamers, amateurs, creators, or thinkers.

The Casual Gamers are the sub-types of the socializers and like to try their hands at the game due to peer pressure or just to keep in touch with the world.

The Amateurs are the budding explorers who like to try out every new thing. They lack the finesse of the seasoned players but are not averse to trying their hand at something new. They make every mistake in the book and take a long time to decide what to keep or discard. They are oblivious to their surroundings and play their game.

The Creators and Thinkers are the Achiever and Killer gaming personalities. They are not impulsive and take their time in making moves. They might come across as armatures, but they can turn the game in their favor with one move. Such players should never be under-estimated. Another trait in thinkers and creators is that they have the skill to bluff and can lull you into thinking they are not good at the game. Don’t fall for their casual approach, as strategy and skill are their hidden assets.

These broad categories are pretty much the touchstone of every online rummy game builder to improve gaming experiences and address market demographics. Now that you are aware of the various types of gaming personalities, find out which category you fall into.

Be clear that the Bartle Model is based on how the study subjects react to the questionnaire. Sometimes, what they say and what they might do in a game might differ. The study is just a broad indication of gaming behavior types.

Dr Bartle’s Test of Gamer Psychology can be accessed here.