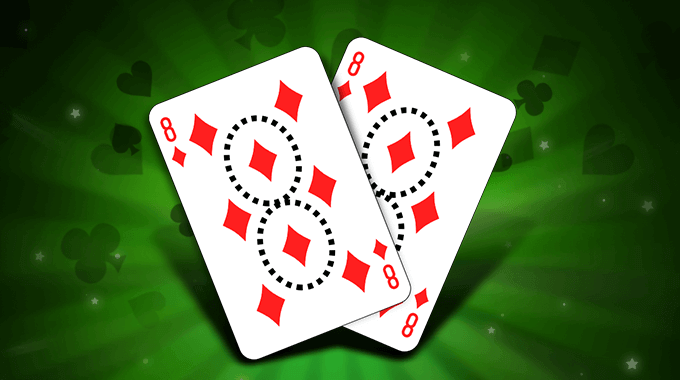 Do you love digging up old trivia to show your swagger at parties?

We can easily get sucked into these rabbit hole of trivia in the quest to gain more information about such unusual happenings around the world, certain mysteries slip right under our nose. And one such instance that is currently doing the rounds with the Twitterati is the revelation of the number 8 in the 8-diamond playing card.

A Twitter user who goes by the name @PlinketyPlink recently pulled off a trick that no other magician would have attempted before. He held the 8 of diamonds in a playing card deck and asked users if they could notice any small detail in the card – which turned out the 8 of diamonds.

The user uploaded a photo as well and asked people on twitter if they could spot the hidden magical number.

Can you spot it? 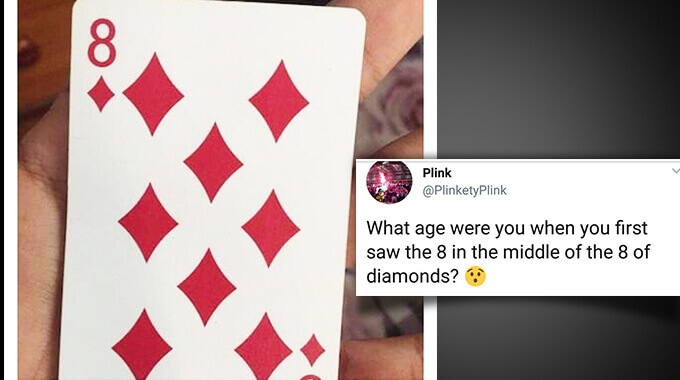 At the first instance, it appears as any average card with 8 diamonds neatly placed in a certain fashion. With a close and keen eye, one can find something more and beyond we have witnessed before all these years through all our growing years – a numeric 8 that is created by the smart alignment of the diamonds placed in the card deck in their strategic positions. 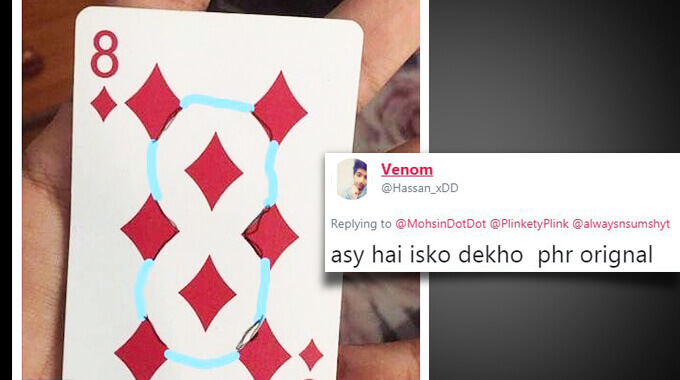 Many of the users on Twitter didn’t get it as such. 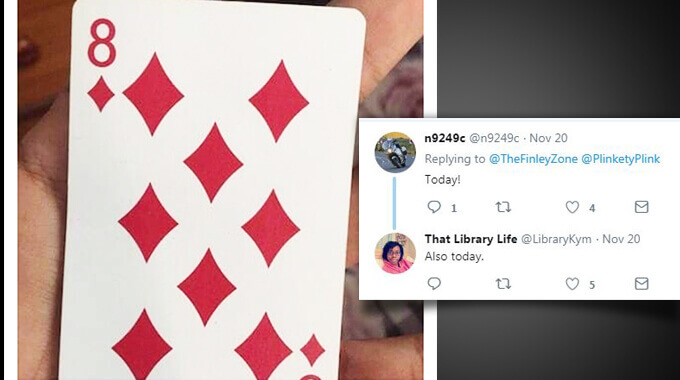 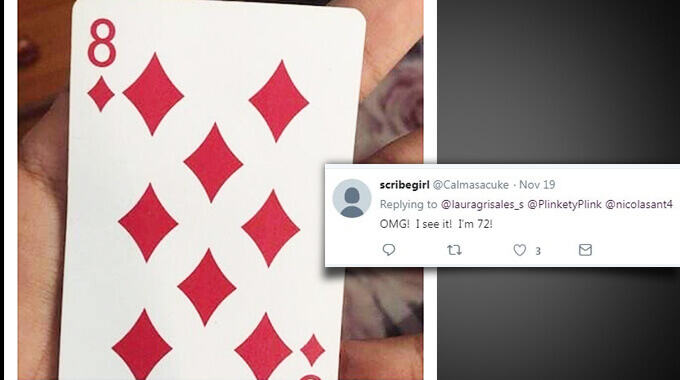 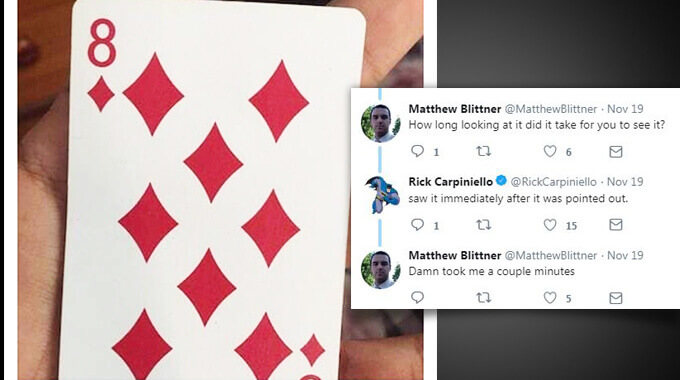 Some things we have been just seeing since ages and never looked beyond them.

Maybe it’s time we see things beyond what they are!!