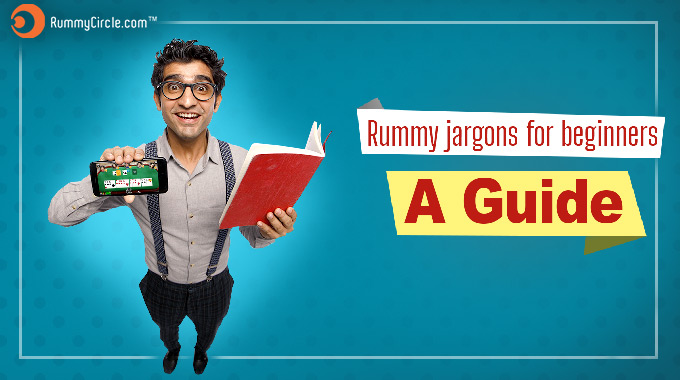 Have you every played Rummy online and caught yourself reflecting on how many words you don’t understand? Fret not. We’re here with the Holy Grail of online rummy.

Do you ever stop playing to think about why is it that you don’t understand a few words? Because they’re not mere words, they’re jargons. If you often find yourself wanting to participate but are not able to digest the information around, you’ve come to the right place.

But here is a lowdown first – Jargons are nothing but the terminology specific to a skillset or profession. Used to speak more efficiently and effectively, they’ve now made their space in every field. Although there are a hundred of them, we’ll be presenting a select few Rummy jargons for beginners to help them play their first cash rummy game –

If you’re a beginner and planning to gain expertise in the game, these jargons will help you get going and far. Just make sure you practice enough on practice games section so that you feel prepared for the real cash rummy games. Without understanding the basics, if you try to delve deeper into the world of online Rummy, you might fall – it’s always good to go prepared with your arsenal!