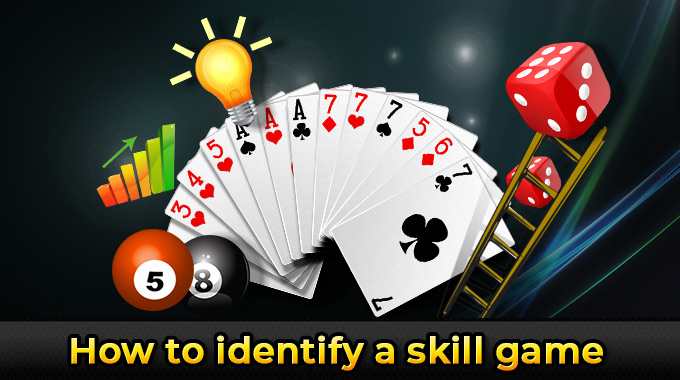 How To Identify A Skill Game

People indulge in various activities during their leisure time to relax and unwind. One of these activities include playing online games, which is fast becoming one of the most popular entertainment options. They enjoy such games the most when they can employ their mental faculties to decide the outcome. If the result depends on probability, it puts off the player; more so, if there is money or prizes involved. However, there are many skill-based games where that element is a bare minimum. For example, in chess or rummy game, the players compete in a thrilling environment that involves analysing the moves made by the opponents and strategising accordingly. This is more in line with scrabble and sudoku as well, which depend entirely on the players’ skill.

Attributes Of A Skill Game

So, what does a skill game entail? It entails four critical mental faculties, namely – critical reasoning, patience, emotional maturity and calculation. If you can find a game that entails all or most of these, you must not hesitate to play it since it is just that – a game. There is no element of probability in it. You just need to use formidable mental faculties to tide over skilled opposition. Examples of some such games are Jenga, Rummy, Darts, etc. However, rummy, being a card game, is even more exciting than its other counterparts.

Card games are assumed to require a combination of skill and luck to win. However, in a game like rummy, this element is restricted to the cards dealt to you. If the cards are dealt without any prejudice to any player, the game is under your control. This is where online platforms like RummyCircle provide you with an advantage, as they employ an unbiased, mechanised dealer to shuffle the cards to the online players. What you require is to have the memory to remember the cards discarded and picked up by others in order to deduce what might be held by them in hand. While playing, you also need to be opportunistic to drop and pick up cards instinctively, since you need to complete a sequence and declare the game before anybody else.

The incentive of playing a legalized online skill game and win prizes is attracting new players in the world of online rummy.

Pool rummy and Points rummy, that fall under the category of 13-Card Rummy games format require excellent skill to win.

All the players at a table collect or ‘pool in’ money to play this game. 101 Rummy and 201 Rummy are the two variations of Pool rummy. In both 101 and 201 Pool rummy, the player with least score at the end of the game is declared as a winner. The player making a valid show gets 0 points. The point of each other player is calculated by summing up the values of the dead wood cards in hand. The points of each round are added in order to get the status of each player at the end of the round. Once the individual score of a player reaches 101 points or 201 points depending upon the version he is playing, he is eliminated from further round. All the other 13-Card Rummy rules apply to these games too.

It is the simplest and the basic format of 13-Card Rummy. It may well last just a few minutes but is a lot of fun. There are tables with different point values ranging from 10 paise to INR 100 per point. In this game, once a player declares, his or her winnings are calculated on the basis of points that the others have accumulated. This means that the higher the cards held by others, the higher are the winner’s earnings. So, the element of skill here lies in getting others to hold higher point cards.
Playing online gaming can be fun but choosing the right mix of fun and skill can improve one’s gaming experience as well as mental abilities.