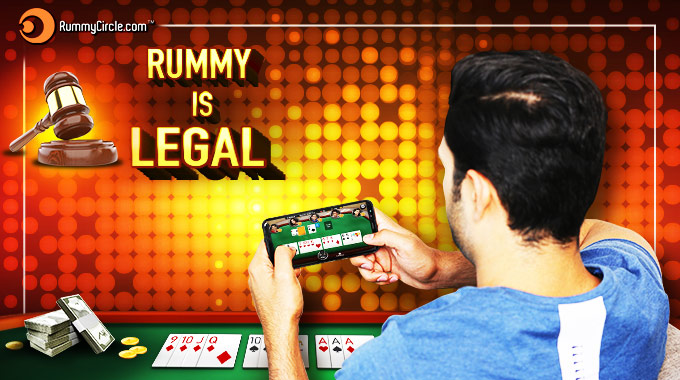 Is Online Rummy Legal In India

The game of rummy is actually a household game that most Indians have grown up playing. With the digitalisation of the card game, there are a couple of questions that have risen, especially for new players. For instance, the legality of the online game in India. One of the aspects that has fuelled this question is real cash rewards. Online rummy offers rewards to its winners, so does it make it illegal? Read further to understand what the law explicitly says and why game of skill is legal.

The topic reached the gates of the Supreme Court. After a lot of deliberation, it was concluded that the game of skill is legal to play. To be precise, in 1968, the Honorable Supreme Court of India ruled that games such as rummy is perfectly legal under the current laws.

Rummy that is hosted on RummyCircle is carefully designed to abide with the law. In addition, the jurisdiction of prize winners is strictly monitored to ensure legal compliance with relevant laws currently in force in India.

Criteria of games of skill:

There are certain aspects that makes games of skill legal. Going back to 1996, when the Supreme Court of India defined it as follows:

1) The competitions where success depends on substantial degree of skill are not “gambling”. A game that requires talent, experience, attention, training to win is considered skill-based game.

2) Despite there being an element of chance if a game is preponderantly a game of skill it would nevertheless be a game of “mere skill”. Probability plays a small role in games of skill.

If you look at online rummy, it holds true to the expression “mere skill” and there is a substantial degree or preponderance of skill.

In India, states’ law may vary and there are Indian states that prohibit its citizens from playing cash tournaments. Till date, there is a lack of clarity on this Gaming Law in these regions. On these lines, playing online rummy for cash is restricted in three states – Assam, Odisha, Telangana.

Along with rummy, there are other games of skill such as chess, golf, bridge, carrom to name a few examples. These games too require precision, strategy, and skill. For instance, in carrom, you have to aim the striker to hit the coin with appropriate velocity and directionality. It definitely requires skill to put the coin in the pocket.

The bottom line is that except for the three states, online rummy is a game of skill that is legal to play in India for cash. So, download the rummy game from a genuine platform and join rummy enthusiasts on the most loved platform.