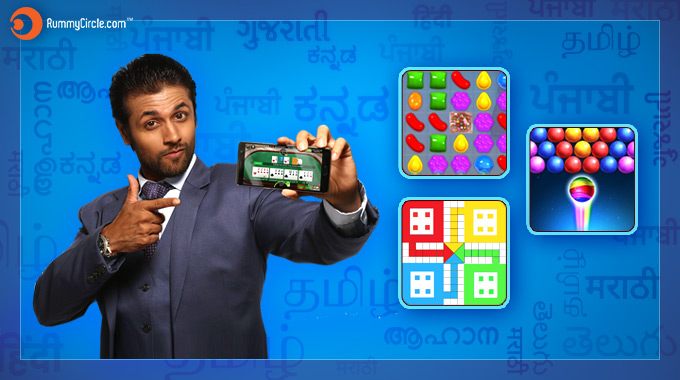 You know how music transcends language, similarly, there are online games that speak a universal language. These games are so popular that language does not stand as a barrier. Even in India, there are online games that are understood even if the language is unfamiliar. Take for instance, the rummy game, snakes and ladders, and ludo. No matter where you go in the country, people know how to play it. It is amazing how certain games have that connection and common understanding with players. So, we have collated some of the top exciting and fun games to play when there is a language barrier.

The rummy card game is extremely popular in India. Whether you go to the north or south, east or west, you will find people playing it. And as you know, languages vary from state to state in India and the dialect changes depending on the region. So, it is amazing to see people enjoying it even as the card game is now playable online. One of the leading rummy platforms in India is RummyCircle. It has over 10 million players that are from various parts of the country. It is beautiful to see, how online rummy is entertaining Indians, despite the multitude of languages.

Wherever you travel in the world, men, women, and children are playing Candy Crush Saga. This tile-sliding game has crossed all language barriers. Who knew a simple game would be one of the most engaging games that works as a time-filler. One thing all players will agree is that this candy-filled game requires you think a bit and there is no violence. We live in an unpredictable world, and Candy Crush Saga is a brilliant way to leave behind the drama. Worries are universal, but it seems like this game is a universal answer to release these worries.

Ludo is one of the oldest board games in India that is now playable on smartphones. And Ludo King is a the most preferred app to play this game. This has opened doors to players from all walks of life. If you are from Delhi, you could be playing with opponents from Kochi, Kolkata, and Mumbai. That is the power of the game. If the game is in English and it is not your primary language, you can still play ludo. If you just download it, you quickly understand how to go about with it online. It feels like slipping into an old pair of shoes.

This game has been around for decades and it is still known to people from various parts of the part. Whether you are in a Mumbai, Indore, Gangtok, Darjeeling, Jaipur or Chennai, you will find people playing this game. The gameplay is so simple—pop three matching bubbles and clear the levels. Even if you skip the tutorial, you will be able to play the game. Since the time it was launched in 2001, it is still entertaining people from various cities and countries. So, play it and check out what makes this simple game a universal game.

This is a game that people have played at sporting places with their friends. It is one of the best ways to bond, interact, and have a fun time with friends. Now that 8 Ball Pool is available as an online game, you have the opportunity to play with people from around the globe. Isn’t it incredible that people from various walks of life can understand that game? With the online game, you will be playing with a person who speaks another language. No matter your geographic location, you know how pool or billiards is played that itself is a unity factor.

There are various editions of the game, yet every version of Angry Birds is popular with global players. The gameplay is understood by people from any city or country. No doubt, the birds are adorable and have different abilities, but players are aware of that has to be done-aim, shoot, and cause maximum damage to the shelter of the bad pigs. This game goes beyond languages, nationality, and age groups too. It is one of the longest standing online games that has grab the attention of players everywhere.

It is interesting how some games transcend the language barriers. They are understandable irrespective of the language it is presented in. If you are playing multiplayer online games, then it is impressive how you could be playing with an unknown person who shares the same love for the game. Try out the above games as they bridge the language barrier.