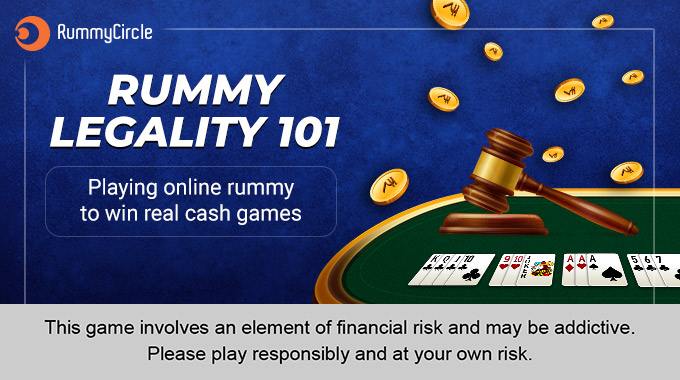 Gaming, whether offline or online has been enjoyed by people from every age group since time immemorial. Be it playing the game of chess that originated in India or playing skill based card games like Rummy to test skills – we can go on and on about when it all started. Rummy gained much more popularity than its older card game cousins. And thus,

Rummy needs no introduction – but the laws abiding it surely do.

What are we talking about? Well, if you know nothing about the rules of rummy game and legality around it, you’re at the right place. Let’s get started, shall we?

FIRST THINGS FIRST – If you’re someone who doesn’t know the difference between gambling and online skill gaming, then this article is for you.. While gambling is a pure ‘Game of Chance’, Games of Skill test your adroitness or acumen. Next time this thought crosses your mind, shun it, and repeat after us – GAMBLING and SKILL GAMING are unrelated.

THE EMERGENCE OF A DIGITALLY DRIVEN INDIA

Call it the dawn of technology or accessibility of the internet and affordable data, online skill games like Rummy, Chess, etc have made a prominent space on our mind and heart and on our screens too. Having extended its popularity and reach, online rummy has made an impact and how.

Here’s what the laws say –

The Constitution of India protects playing and organizing games of skill under Article 19 [1](g) as a legitimate form of business. The Supreme Court of India, in its landmark ruling in 1967 (K. Satyanarayanan vs Andhra Pradesh) held rummy to be a game of skill. The Constitution provides that any unreasonable restriction cannot be applied to the games of ‘SKILL’ – The Supreme Court of India has stated that the ‘mere skill’ would mean (i) any competition or game where success or failure would depend upon the exercise of skill (ii) even if there’s a an element of chance, it would nevertheless be a game of skill because the predominant nature of the game is that of a game of skill.

The Supreme Court in 1996 declared Rummy as a game of skill yet again. However, in some states like Assam, Telangana, Tamil Nadu, Nagaland, Andhra Pradesh, Sikkim, and Odisha, there is still an inconsistency with the decisions of the Supreme Court with respect to the legality of games of skill and, the laws  currently do nor permit people to play online rummy.

“Rummy, on the other hand, requires a certain amount of skill because the fall of the cards has to be memorized and the building up of Rummy requires considerable skill in holding and discarding cards. We cannot, therefore, say that the game of Rummy is a game of entire chance. It is mainly and predominantly a game of skill. The chance in Rummy is of the same character as the chance in a deal at a game of bridge.”

BODIES RELATED TO ONLINE RUMMY AND WHY IT’S IMPORTANT

Rummy has brought so much joy and entertainment to the world of online skill gaming and honestly, this is one transformation that cannot be undone! Rummy works in a perfect balance – skills and joy! Knowing what to do, exactly when and why, rummy is one real cash game that helps players land excitement and thrill. Learn, learn, and learn – become an expert and use your skills to make the most of it. Wait, did we get you excited already? Well, good news! You can get the RummyCircle app anywhere – Download the Rummy App now!