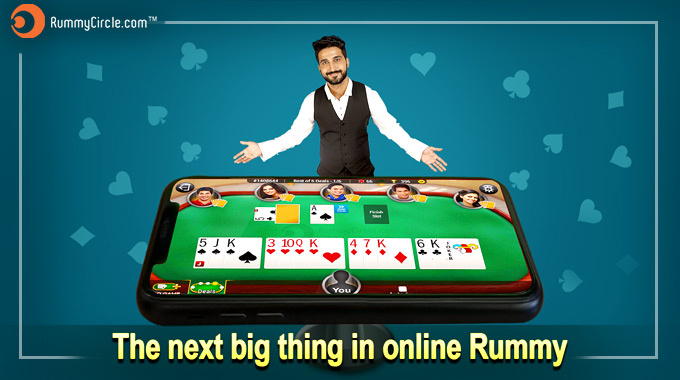 THE NEXT BIG THING IN ONLINE RUMMY – TOP 8 INNOVATIONS

Online gaming industry– A user-base of around 300mn. 25% increase in market share annually. More than 100% increase in user base. So on and so forth. While these might look mere figures, they say a lot about the future of gaming. True, the industry is still at its nascent stage but is suggesting a cutting-edge gaming ecosystem underway.

One of the biggest trendsetters working in tandem with everything that the online gaming has witnessed so far? Yes, Smartphones. With 85% share in the online gaming space, a smartphone-centric reality doesn’t look like a distant dream now. Well, card-based games have garnered a lot of attention with high involvement and investment rates. At breakneck speed, the online Rummy space has continued to evolve from traditional card-based landscape to online and now real-cash games and tournaments.

The next big thing, you ask – Simplification. Yes, you heard it right.

For a few decades now, the world has witnessed enormous gaming trends and the marketplace brimming with options is a testimony to it. A dazzling display of user interface with myriad options and offers to it have been a treat to the Rummy enthusiasts. Like Alvin Toffler rightly put it across “The great growling engine of change – technology” – The Rummy trends look promising today with right mix of machines and more data which will make simplification the norm, yet again.

Here’s what the Rummy trends say –

VR is a simulation which allows you to play in an imaginary world. Think about being in a 3D environment and interacting with the surroundings while you play. Wouldn’t visual vibes, real hand gestures as and when a player places a bet, or drops the cards feel spectacular? We know! While RummyCircle’s UI is close to what a VR-experience would look like, the day is not far when you’d be playing Rummy game with a VR headset in night suit and flipflops and it’d transport you to another location – wait for it!

Imagine something like Netflix– A unified platform with plenty of games on it. Cloud-based gaming services can be a reality with abundance of options from a diverse portfolio of publishers. Tech-giants including Apple and Google have already started testing a few games and others are ready to follow the suit. The cloud-based gaming will enable players to access games from any device.

Collectible card games have been around for decades now, in digital and physical forms (Magic: The Gathering should ring a bell). Online rummy would be based on the same concept where the players would be able to buy and sell their cards as collectibles – everything will happen on the Blockchain which will make it a cryptographically genuine process. The game would help players to monetize their time, thanks to Blockchain and create digital assets. 13-cards rummy just got more interesting!

AI and ML have been leveraged for fraud detection at RummyCircle for years now – the coming years promise a lot more than just that. AI-models will now be used for forecasting; for instance, if the system predicts there will be a sudden increase in players tomorrow, the servers would be able to scale up infrastructure, prevent downtime and glitches.

Usually, in single-player games, the AI-powered bots had the power to play per their own rules – but with the advent of machine learning, they would be able to play in sophisticated ways by learning new moves from players to provide an even better and engaging experience.

We can see the tides changing for quite some time now – with females comprising around 30% YouTube gaming, and one-third of them playing on their smartphones daily, the notion that online gaming is for men is finally changing, thanks to the card and board-based games.

A subset of VR, augmented reality can replicate the gaming environment by adding sounds, smell, and other sensory features to the gaming experience. All players would need to do is have the latest software with the right display technology!

A nation that loves gaming as much as they could, there is nothing more exciting than giving them a chance to provide their opinion. The trends tell us live streaming will become mainstream in the coming years and will let players choose teams, play strategies and incorporate them while presenting their viewpoints on game.

While at it, here are a few questions every online gamer should ask himself before starting a new game–

If your answer to most of these questions is YES, we’d suggest you take a break from gaming and invest in yourself instead. Before gaming addiction starts trickling in, give yourself some time to break the pattern and realize that online Rummy sites are a form of entertainment and should be played at leisure. Responsible gaming is as important as the game itself.

As gaming sets to become an industry larger than the TV itself, brands and companies will have to embrace technological advances, or they’ll be left behind in the race. This could mean building game-specific brand assets and engage with the players from now.

While these trends will definitely shape up the world of gaming, the online Rummy landscape will keep evolving too. A few decades down the line, the world could be looking at traditional Rummy in disbelief as an ancient man who would look at an iPhone today – More power to digital transformation!