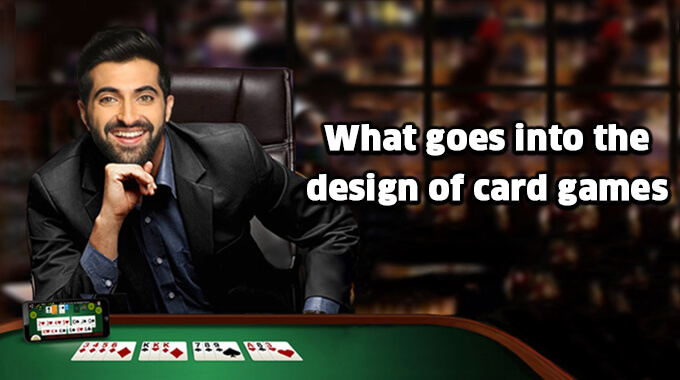 What Goes Into Design Of Card Games

Compared to the multitude of video game genres out there, most people would consider card games to be among the easiest to design and maintain. But contrary to popular belief, while most video games are constructed out of pure fantasy and thus can have any format to them, card games like online rummy have a set format and a clear distinction. This makes it more challenging for game designers to come up with layouts that are not only aesthetically appealing but stand out as well.

Apart from that, there’s a need to design a perfect platform that incorporates both the amount of skill required as well as the element of ‘luck’ in games like poker. Translating the skill into a game is not very difficult, but translating the unpredictable outcomes into a programmable scenario is a fine line that must be trodden with precision, lest the game statistics should become skewed. Moreover, the layout of the game, as well as the user interface, must not only be aesthetically appealing but be on point pragmatically as well.

In fact, designing card games is one of the most difficult of all gaming genres. Here are a few points that go into designing the layout of card games:

Designing a card game is far more complex than other games because it must mimic an environment that is essentially real while infusing ‘virtual’ elements such as artistic design, gameplay mechanics, and a connected online environment. Challenges aside, today, multiple online card gaming portals have not just managed to do a great job but have gone further to create theme-based settings and rooms to provide variety to the niche genre.

What Goes Into The Design Of Card Games
Rate this post