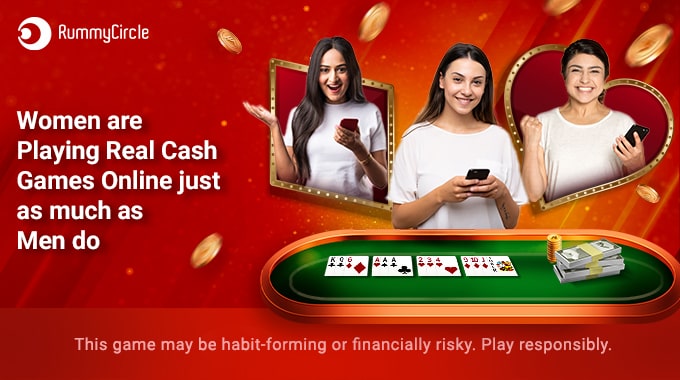 Many believe that men dominate the mobile gaming space since they are the ones that naturally drive game sales, but recent studies offer some startling discoveries that challenge these assumptions. The studies reveal how men and women still act differently when it comes to spending time & money on online games. These researches are not only based on one genre of games but a miscellaneous variety of games ranging from racing games like Asphalt to shooting, strategy-based games like Call Of Duty, and skill games like the rummy card game.

The mobile gaming market, which was formerly thought to be dominated by men in general is changing, according to research by the mobile analytics firm Flurry. They discovered that women are more devoted to mobile games than men are, spending more funds and time on them as well. They discovered that women spend more on in-app items than males do, according to a sample of popular titles that connect a total of 1.1 million users on their platform. They found that females spend more time on gaming apps than males. In terms of retention, they also discovered that women are more devoted than men. In actuality, women often have stronger 7-day retention than men.

The transforming landscape of mobile gaming in India

A report on the Indian mobile gaming market by YouGov, a market research firm, shows that along with their time commitment, around half of the women who play mobile games also make some real cash investments in these games. Contrary to common belief, males aren’t the only ones who play video games, the report reveals that both men and women like playing for real money online, and there isn’t much of a difference in how much time either gender spends playing these games. More women than men play these games on a weekly basis.

Women not only devote ample time to playing mobile games, but they also invest real money in them, very much like males. The main difference is that, on average, more women than men prefer to spend a smaller sum of money on these games each month, while men seem to be more indulgent and spend larger sums each month.

Why women are increasingly making up a larger proportion of gamers

A new annual study by the Entertainment Software Association (ESA) on the gaming industry discovered that women are rapidly gaining in popularity as gamers and are on the verge of surpassing men. This rise of female gamers may be attributed to a number of factors. The development of mobile technology is one factor in the increase in game playing by women. The usage of gadgets and cell phones is rising, and women are the ones that play the most games on these platforms.

Then there is the move away from consoles that are just used for obtaining downloadable games and playing game discs. The concept of streaming films, music and video games on the same platform broadens the pool of prospective customers, particularly among women.

A poll research firm Nielsen discovered that more women than men stream videos. If women find video streaming appealing, they can also buy and spend on video games to play, which would boost the proportion of female gamers.

Since the beginning of time, women have carried out all of their duties with dignity and elegance. With the times changing, women are now taking on a variety of demanding tasks and continuing to push the limits of society. So it is not accurate to say that only males have changed history in the gaming industry. Women today can absolutely fight alongside males in their favourite games.

On our platform RummyCircle, a diverse range of players from all around the nation compete. So all the ladies out there, install the rummy app on your phone and keep an eye out for unique tournaments with incredible payouts. It’s time for women to advance and dominate the rummy card game.