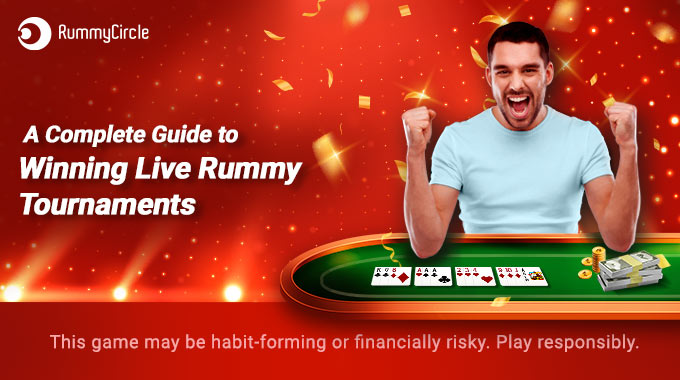 Most Indians play and love rummy, making it their preferred card game. Players in the game compete against opponents at various skill levels and sit with more than five other players at once to play a single round of Rummy.

The preferred venue for seasoned players to showcase their special ability in the game is rummy tournaments. New novices are taking a part in these tournaments to test their talents against the top sharks of the game since the game has attained such a high degree of popularity.

To give you the greatest opportunity of defeating the other frightening competitors in the game, we have covered how to play Rummy efficiently in the instructions below. Players of the game at any level will undoubtedly benefit from the comprehensive guide.

Understanding the game’s regulations in their entirety is the first step to winning online games. The ability to take notice of one’s actions and play appropriately relies on understanding the rules inside and out. In this game, playing wisely with draws, discards, and melds will help the player advance. Tournaments may be won by just adopting standard strategies and doing so when necessary. Players should choose to play in a way that suits their style and enables them to make the greatest use of their talents after mastering all parts of the game.

As you continue to participate in tournaments, you’ll see that the side with higher stakes has a much denser population. Under these conditions, starting the game with very modest stakes is the greatest option. This lessens the pressure of winning and enables you to concentrate more on the game itself rather than the potential consequences of a setback. You may not win every game as you play more and more rounds, but gradually your confidence in your moves will grow, giving you a sense of what could go wrong. Then you may gradually start raising your stakes and taking on bigger dangers.

To master a game, practicing is the simplest method to grow better at it. There are no other effective methods to train except to play the game while picking up as many skills as you can. Practice helps you identify errors you could make in traditional games and offers you a plan for getting out of any sticky situations in tournaments.

The player must concentrate on the movements of their opponent. Players must also be aware of the sequences that other players are creating. Since everyone is playing for the big prize, tournaments are often difficult to play. As a result, if you want to keep an edge over your competitors, you must be fast to anticipate their movements early in the game. You must remember the cards that they chose and discard during the game in order to achieve this. You will get a sense of the sequences they decide to construct from it. In such a situation, you’ll be careful not to throw away anything that may give them a stronger hand. In these intense tournaments, effective observation is essential to staying one step ahead of the pack.

Planning your game and brushing up on the fundamentals whenever you get an opportunity is a tried-and-tested method of improving your rummy abilities. In rummy tournaments, you must make quick decisions and use excellent observational abilities to ensure your place among the leaders. Before participating in a tournament, players must continue to practice and learn new strategies since even a little error might cause you not to win the game.