What is Deals Rummy? 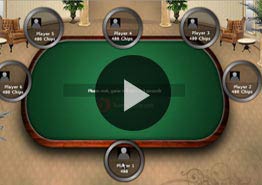 How is Deals Rummy Played on RummyCircle?

Deals Rummy on RummyCircle.com is a 2 to 6 player rummy game played typically with 1 or more packs of 53 cards each (including one printed joker per pack).

How is the Scoring Done in Deals Rummy?

Deciding the winner : The first player to finish after meeting the game objective wins. The winner gets sum of chips from all losing players depending on their score.

Points calculation for the player who loses:

Each card carries a certain number of points. The losing player gets points equal to his/her hand score which is computed as follows :

What are the Maximum Points a Player Can Get?

A player can get a maximum of 80 points. This means that irrespective of the player holding higher value cards, the points are capped at 80. Anything below 80 is awarded as is.

How are the Winnings Calculated in Deals Rummy?

One winner wins all the chips at the end of each deal as follows:

Winnings =Sum of points of all opponents assuming each chip is equal to one point.

How Does the Drop Option Work?

What if I Miss Three Moves?

How are chips settled at the end of a deal?

RummyCircle support team is available round the clock 24x7 to give you the Best Rummy ExperienceTM. Connect with our customer support team from your registered email ID at support@rummycircle.com and share your concern or issue. Our representative will get back to you with a solution shortly.